On February 19th, I got a call from Sea World saying that "Buddha" was going to be released the next day and they wanted me and the other officers who help save him there for the event!

We drove out to Sea World and found out we were going to be filmed for the TV show "Sea Rescue" that is on ABC on Saturday mornings!!! Uh, no thanks! I let my fellow officers do all the talking and I just hung out with the turtle, who was renamed "Lazarus" by Sea World staff, because he almost died so many times. 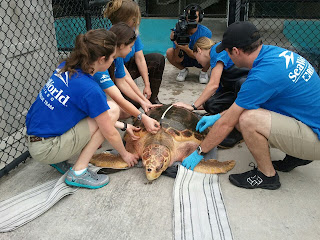 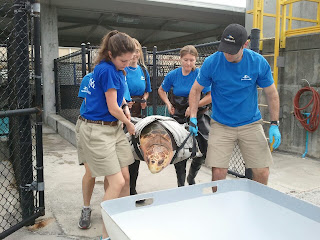 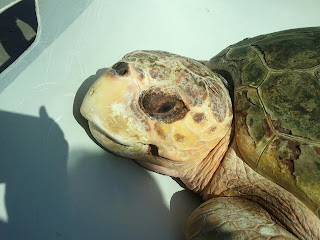 Here are the Sea World crew doing a final weigh in and measure....then into the truck and off to the beach we went! Doesn't he look like he is smiling!!!

We arrived at the beach and carried him down and he took the long way but ended up in the ocean, where he belongs!! Here is a Video....I do not know when the episode of Sea Rescue will be aired,  but I will let you all know. Here is the crew, the officers involved (I look very short in this picture!) and a lady from The Sea Turtle Preservation Society! 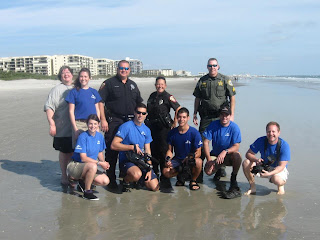 Posted by Badge and Pentacle at 10:52 AM