After my Granddad died, I still had my two tomato plants. I added some green peppers, cucumbers, lettuce, pumpkins, water melon and potatoes! I was hooked. I read everything I could get my hands on, like Vegetable Gardening In Florida and watched gardening videos on YouTube. Check out The Produce Garden. Here are my two tomato plants on June 11th. 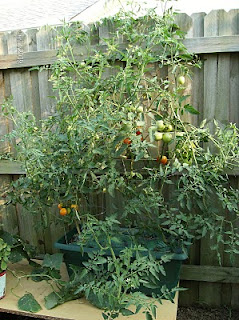 I really had no idea what I was doing. I tried to plant things that we like to eat and some that were fun too. I planted the potatoes in  buckets after seeing a great video on YouTube doing it. They grew and I covered them, and they grew some more and I covered them until they looked like this. 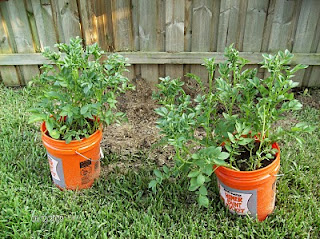 I learned that you had to wait for the green tops to die then you could pour out the buckets and get the potatoes. Thanks Brian! I grew lettuce, not having any idea that it is a cool weather crop and we were just at the start of a Florida summer. So lesson learned. I planted the pumpkin too late, it flowered and then died. Has some success with the watermelon.


By now, I had run out of room with the two planters I had from The Garden Patch so I got my "Super Hubby" to build me four wood garden beds, that we lined up by the fence in the back yard. 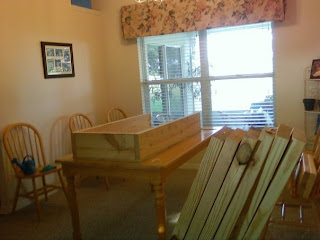 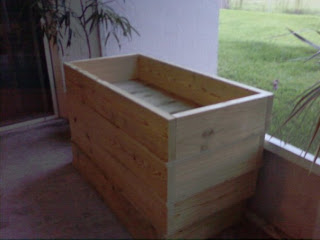 This is where I had the watermelon growing, three to be exact until my lovable, slightly less then intelligent puppy dog, Bailey, decided they looked fun to play with and snatched them off the vine! Again, lesson learned. This year, we will build a fence or raise the beds off the ground.
Posted by Badge and Pentacle at 11:28 AM